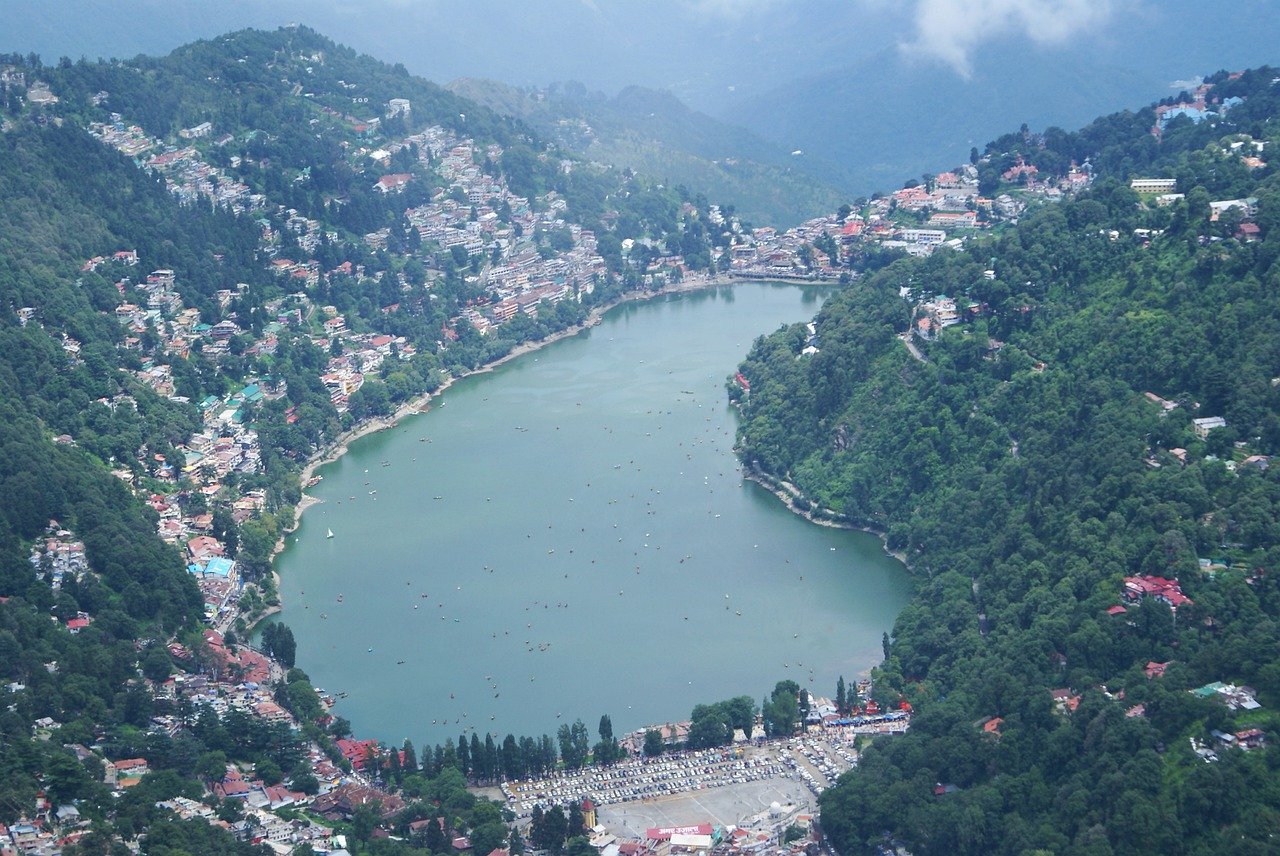 Nainital is a popular Himalayan resort town in the Kumaon region of India’s Uttarakhand state. affectionately called Chhota Vilayat or Little England because of its likeness to the weather ‘back home’ finally received that honour. 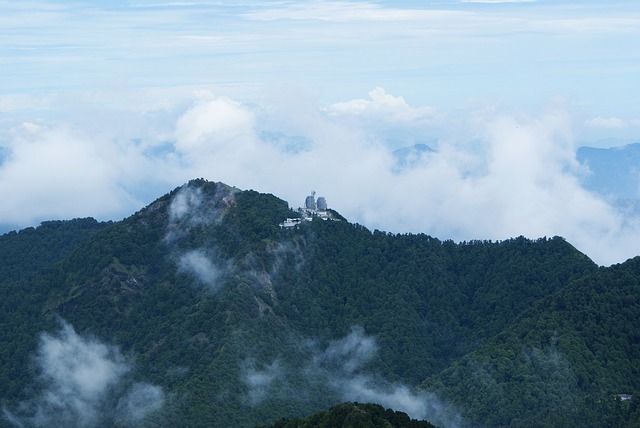 Formerly a British hill station it is situated at an elevation of 2,084 metres (6,837 ft) above sea level, the city is set in a valley containing an eye-shaped lake, approximately two miles in circumference, and surrounded by mountains. The region of Nainital was once called the ‘City of Lakes’ or ‘Chakta’ as there were 60 lakes in the area.

Mythologically Nainital is believed to be one of the 51 shaktipeeths, where one of the body parts of Goddess Sati fell, when lord Shiva carried her body to Kailash Parvat.  The spot where Sati’s eyes (or Nain) fell, came to be called Nainital. The temple of the goddess ‘Naini Devi” built on the upper edge of the lake and was destroyed by the landslip of 1880. It was subsequently replaced by the present structure.

As you drive into bustling town of Nainital, it seems hard to imagine that few outsiders knew of its existence till early 19th century.

It was George William Traill, the first British deputy commissioner of Kumaon and commissioner from 1815 to 1835, learnt of this enchanting lake ringed by mountains and meadows from locals who celebrated an annual fair here. Yet, his love for the natives and their simple pahadi ways made him keep its location a well-guarded secret for years. Traill feared that such a beautiful spot would become an escape from the hot North Indian summer, and the influx of people would besmirch its pristine environment. 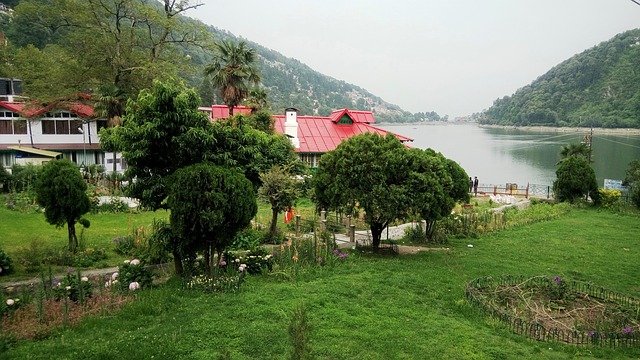 Nainital was founded on November 18, 1841. Peter Barron, a wealthy sugar and wine merchant from Shahjahanpur, ‘discovered’ Nynee-thal. Under the pen name ‘Pilgrim’, he wrote about his discovery in ‘Notes of Wanderings in the Himalaya’ in the Agra Gazetteer. “It is, by far, the best site I have witnessed in the course of a 1,500 miles (2,400 km) trek in the Himalayas.” Barron constructed Pilgrim Lodge, the first European house, and before long, the township became a health resort for British soldiers, officials, and their families.

The Kumaon Hills came under British rule after the Anglo-Nepalese War (1814–16).Nainital was the summer capital of the United Provinces (was a province of India under the British Raj, which existed from 1902 to 1947)

Churches were built, a hill station began to flourish, and Nainital became the summer residence of the governor and the summer capital of the United Provinces.

The church, St. John (1846) in the Wilderness, was one of the earliest buildings in Nainital, followed by Belvedere, Alma lodge, Ashdale Cottage(1860).   On the quieter western slopes of the lake is situated the Gurney House, the last dwelling of  Tiger conservationist and author Jim Corbett in India before returning to England. Clifton, another home built by Corbett’s family was later acquired as the summer residence of Sahanpur riyasat, is now a heritage homestay.

A number of European schools were founded In the latter half of the 19th century. During the Victorian and Edwardian eras, students in these schools consisted largely of children of British colonial officials or soldiers. In 1906, for example, there were over half a dozen such schools, including the Diocesan Boys’ School (later renamed Sherwood College), Philander Smith’s college (later renamed Halett War School, currently Birla Vidya Mandir), a  famous school formed by the Irish brothers in 1888 was the St. Joseph’s College also known as SEM and Another important school for girls, St. Mary’s Convent High School, Nainital (popularly known as Ramnee).

Currently Nainital is the judicial capital of Uttarakhand, the High Court of the state being located there. It also houses the Governor of Uttarakhand, who resides in the Raj Bhavan.

Nainital is full of picturesque landscapes, pristine lakes and cool weather that attracts both international and Indian tourists alike.

The very popular Mall Road Connects Tallital, the foot of the lake, to its head, Mallital, the older colonial part of town.  a 1.5-kmstretch is lined with restaurants, hotels and souvenir shops. At the edge of the lake in Mallital is the Nainital Boat House Club on a large plain called The Flats, which resulted from a devastating landslide in 1880.  A small yachting festival “Sailing Regatta” is organised here in the month of June, which coincides with the yachting festival held in England. It has an old world charm and can be placed under the category of ancient heritage. 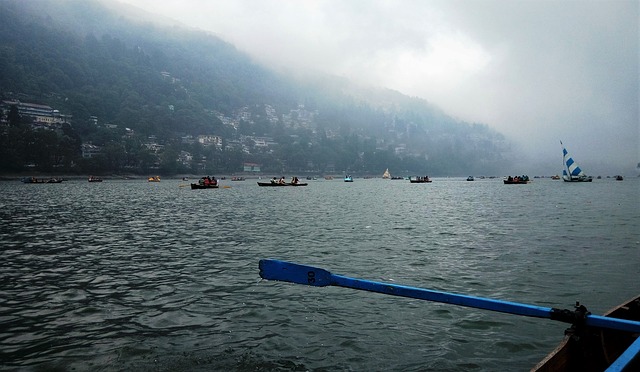 In a great secular display, a gurudwara, the Jama Masjid and the Naina Devi Temple stand near each other. Not far is St Francis Catholic Church, the first Methodist church in India, established in 1858.

Some of the most popular places to visit are vantage point of Tiffin Top, which is a four-km-hike up the Ayarpatta Hill (Anyar-patt – in Kumaoni means – complete blackout because there were minimal sun rays due to its location and dense forests), a stone-paved trail lined with fir, oak and deodar trees on, one comes across Dorothy’s Seat, a memorial to Dorothy Kellet who loved this spot, that her husband Col JP Kellett of the City of London Regiment built a stone picnic perch in her loving memory.

The Gothic-style Raj Bhawan, which also has a Golf Course. It is a short par 61 course with the regulation 18 holes and 18 Tees covering a distance of about 3.2 kms. Another popular place to visit is The Jim Corbett’s home, Gurney House for Wildlife lovers and also the Govind Ballabh Pant High Altitude Zoo, famous for the rare Himalayan species that it houses. Snow View and the China Peak are another must visit in Nainital if you fancy a bird’s eye view of the town. 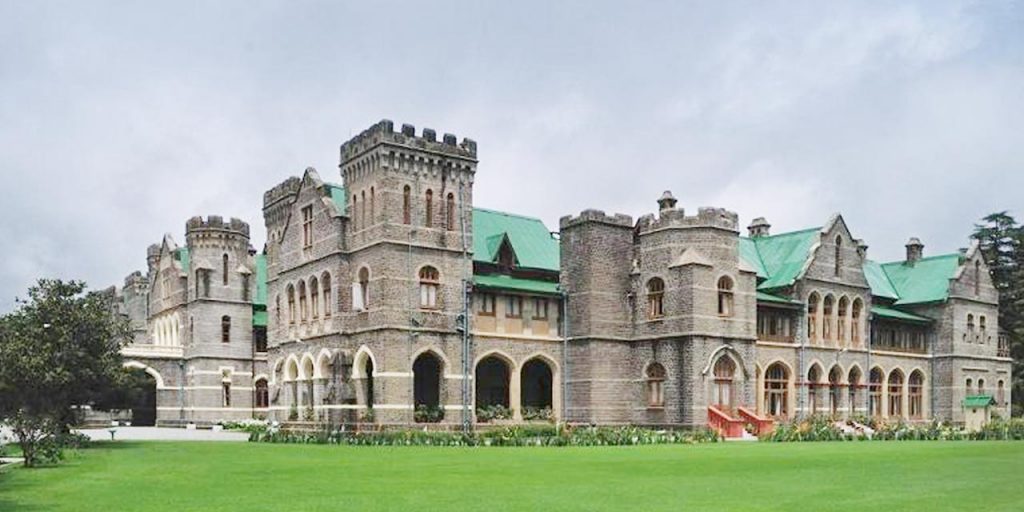 An astronomical observatory called Aryabhatta Research Institute of Observational Sciences will satiate your love for celestial bodies. You can visit this 75 year old observatory for star-gazing and beholding the stars with the high-powered telescopes.

Another popular spot is the Hanuman Garhi temple which is a religious centre and famous for its sun set view One can go to Hanuman Garhi by taxi, bus or even on foot from Nainital. It is around 3.5 kms from the town.

The sunset at the Lands’ End is not to be missed. It is the point from where one can have an unobstructed view of the extended Kumaon mountain range and a splendid view of the Khurpa Lake or Khurpatal as it is locally called. The Land’s End is accessible by walking uphill a beautiful trek. One can also ride a pony and horses to the destination.

Apart from the sightseeing, you can enjoy boating and sailing in the Naini lake. Shopping is another enjoyable activity one can indulge in at the local markets in Nainital, like the Bara Bazar, Tibetan Market and the Mall Road. The place is famous for Aromatic Candles, wooden key chains, books, artificial jewellery and winter clothes.

Other activities one can enjoy is Rock climbing, trekking, camping on the outskirts of Nainital. One can enjoy a stress free stay at the Sri Aurobindo Ashram.  The main aim of the ashram is to help people attain self-satisfaction, good health, peace and calm from within through yoga and meditation.

Nainital offers a delectable mix of Kumaoni, Tibetan, North Indian and Italian cuisines which tickle your palate and introduce you to an entirely new way of approaching breakfast, lunch and dinner. Some of the popular food places in Nainital are:

Boat House Club for Tea and snacks or to unwind in the evening by the lake for drinks and dinner.

Honey Hut is a unique cafe chain based on the theme of “Honey”. The special thing about Honey hut is that almost all of their dishes and beverages contain Honey!

Sonam Fast Food and the China Town (in the Flats area) are famous for its Tibetan food with Momo’s and Thupka being the most popular among all.

Sakley’s Restaurants & Pastry Shop – It has one of the most interesting menus in whole of Nainital. Specialising in Thai curry, honey chicken, roast lamb, pepper steaks and non veg sizzlers, this place is a must visit on the itinerary of a hardcore non-vegetarian.

Mamu’s Naini Sweets: It is popular for Kumaoni sweet called Bal Mithai. Coated with sugar balls which look like small pearls, this dark brown sweet is surely not something to be missed. 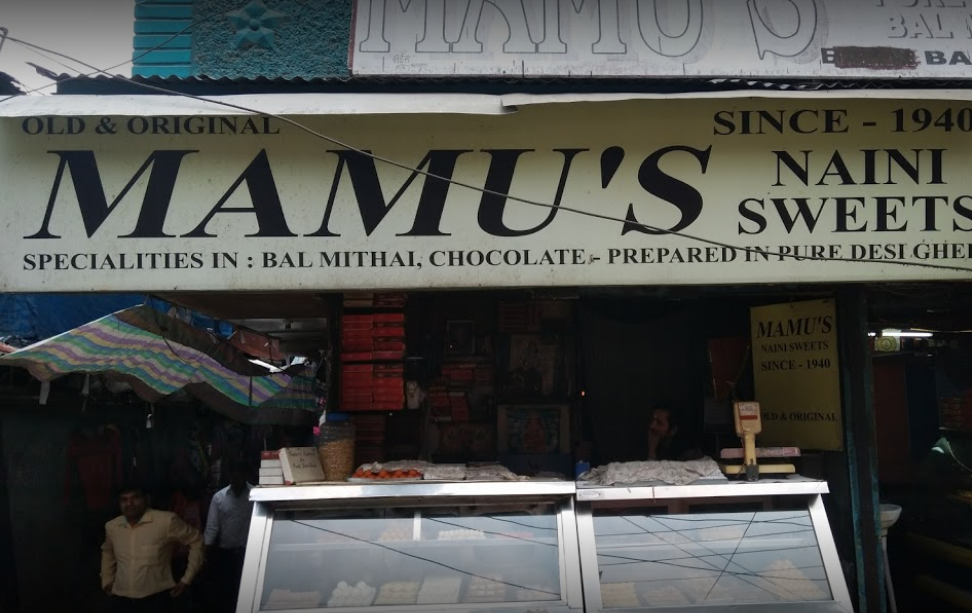 Punjabi food at Sher-e-Punjab: Enjoy the succulent chicken, flavoursome paneer and buttery dals with a range of breads, like rotis, naans and parathas. The Sher-e-Punjab is a great food place where you get excellent food and amazing hospitality all combined.

Other popular eating joints are Machan, Embassy Restaurant, The Pahadi Kitchen, Simz Café and many more that can satiate your taste buds.

Nainital is a year-round destination and it can be visited any time of the year. The hill station has primarily three main seasons Summer (March to June), Monsoon (July to September) and the Winter season (October to February).

Nainital is well connected by rail, road and air.

Rail: The closest major railway station is Kathgodam, on the outskirts of Haldwani, which is connected with the major cities of the country. Which is 35km from Nainital. You can reach the hill station in about an hour from Kathgodam.

Road: Nainital is very well connected by Road with multiple government and private operated bus services rom Delhi and major north Indian cities in the country. Delhi is 354 kms from Nainital which can be usually covered in 7 to 8 hours.