31 Jan Coorg, the land of the Kodavas

Posted at 22:02h in Ikan, India by Pragathi Thimmaiya 0 Comments

Kodagu or Coorg, also popularly known as the Scotland of India, is situated in the eastern slopes of the Western Ghats of Karnataka. It is the closest hill station to Bangalore, the capital city of Karnataka and also the quickest getaway for the working population in Bangalore. 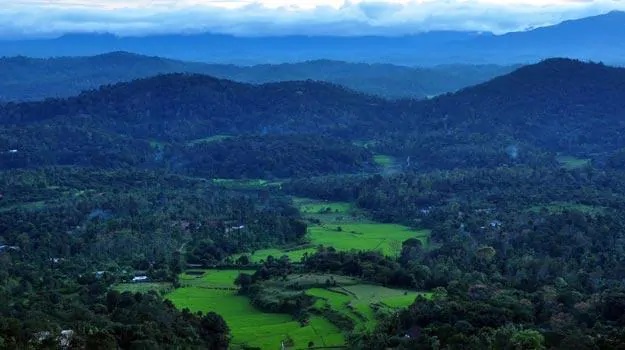 The people of Coorg are called the Kodavas or Coorgs and speak Coorg or Kodava thak. The Kodavas were the earliest inhabitants and agriculturists in Kodagu, having lived there for centuries and being a warrior community as well, they carried arms during times of war and had their own chieftains. The Haleri dynasty, an offshoot of the Keladi Nayakas, ruled Kodagu between 1600 and 1834. Later the British ruled Kodagu from 1834, after the Coorg War, until India’s independence in 1947. In 1956, Coorg stopped being a province and was merged with the newly formed Mysore State (now Karnataka).

The Kodavas were originally a tribal community and have been ancestral and nature worshipers. Eventually the Kodavas adopted regular Hindu practices over a period of time. Hence the difference in language, culture and festivals. The people of the land worship goddess Cauvery (River goddess) and are ancestral worshippers (Guru, Karana).  It is believed that the ancestors of the land protect and safe guard the land. No auspicious occasion is complete without worshipping and offering thanks to the ancestors of the land. Unlike the rest of the hindu community, Kodava weddings do not comprise of poojas, instead they offer their prayers to their ancestors and seek blessing from their elders. The traditional attire of the Kodava men is Kupya Challe which is worn with a peeche kathi (Dagger) and women drape their sarees in a unique style. 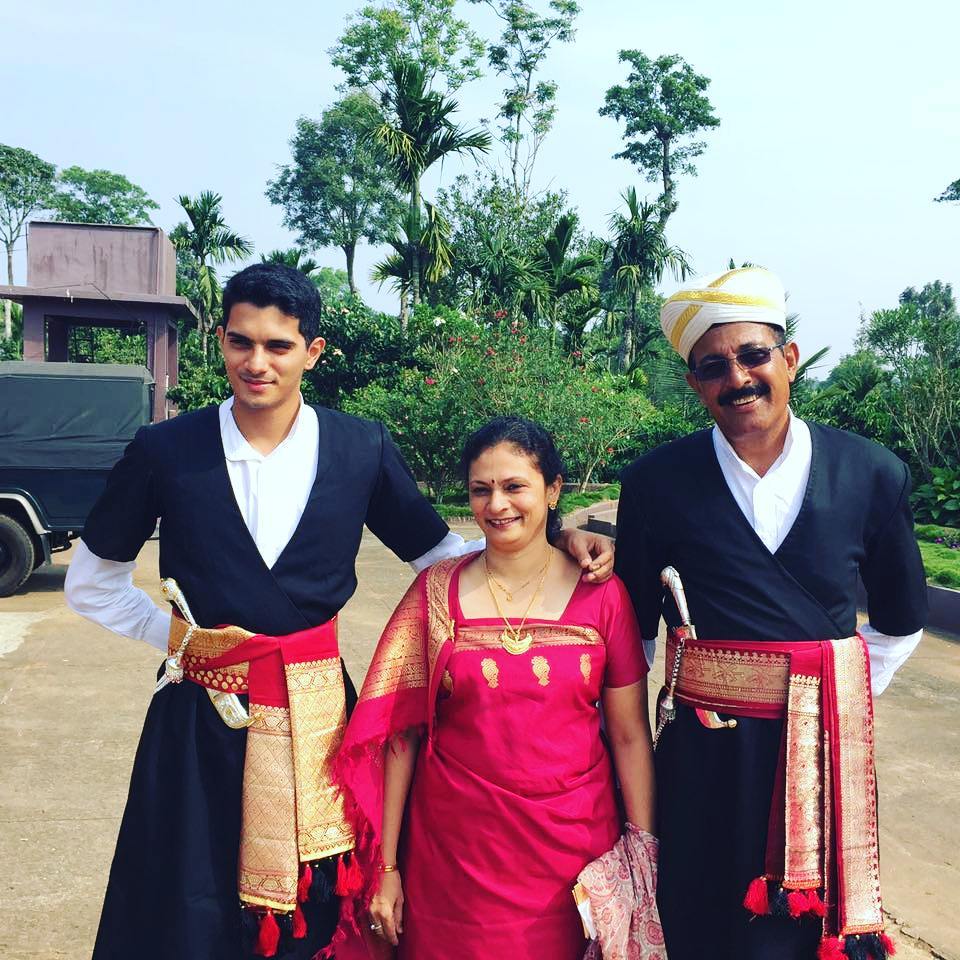 Apart from being warm hearted and free spirited, the kodavas are also known for their hospitality and cuisine. Some of the must try delicacies of the Coorg cuisine include Kadambuttu (Rice balls) and pandi curry (pork curry), Paaputtu (Rice cake), Noolputtu (rice noodle) with koli curry (Chicken curry), Otti (Rice rotis) with kembu curry (colocasia) and baimbale curry (Bamboo shoot). Having a unique cooking and preparation style, the Kodava cuisine is largely popular and well appreciated by people from all over the world. 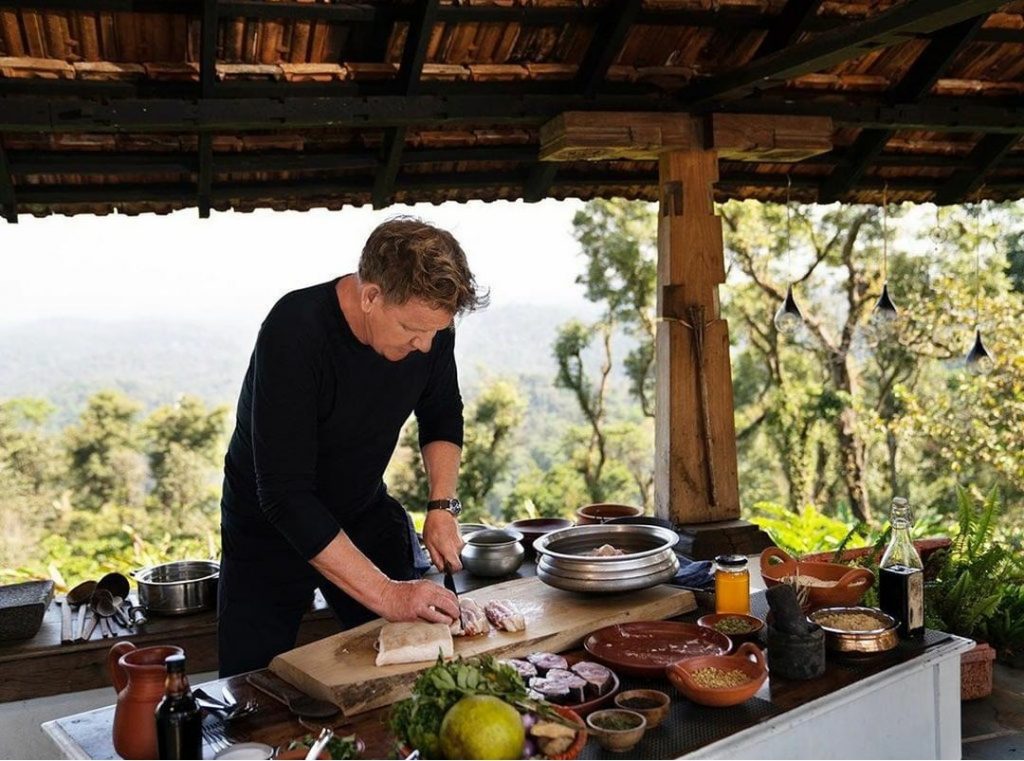 Here’s a picture of Gordon Ramsay in Coorg, filming the first season of Uncharted for National Geographic.

As nature worshippers and dependant on agriculture for livelihood, the festivals celebrated by the people of the land involve in giving thanks to their ancestors for the ability to sow and reap the benefits of the land. The 3 main festivals of the people of Coorg are Kailpodh, Kaveri Shankramana and Puttari. Kailpodh marks the end of the crop sowing season and beginning of alerting cultivators to prepare for the protection of their crops from the wild. As a martial race, the Kodavas used arms and ammunition for protecting their lands and hence, the ceremony commemorates with families bring out all of their tools used for agricultural purpose, giving thanks to these tools and also bringing out their arms to guard their land against the wild and protecting their lands until the harvest season. 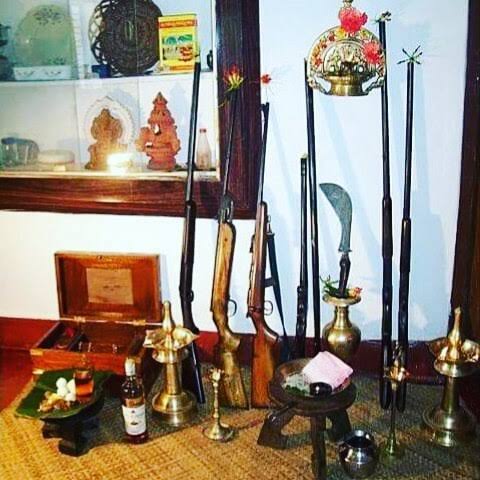 Here’s an image of preparing for Kailpodh.

Putthari which also means “new rice” is the harvest festival where the extended families come together and reap the first harvest of the season. Puttari being the most celebrated festival of the Kodavas, involves giving thanks to the Gods and ancestors for providing them with the agricultural crops of the season. On this day, you can witness the elderly in the family hand the sickle to the head of the family (Patedhara- In kodava) and a woman leads a procession into the paddy field with a lamp in her hands. Then the symbolic harvesting begins – the rice is cut, stacked, tied in odd numbers and then carried home as an offering to the Gods. A bunch of paddy is also taken by the folks and preserved as a sign of prosperity. 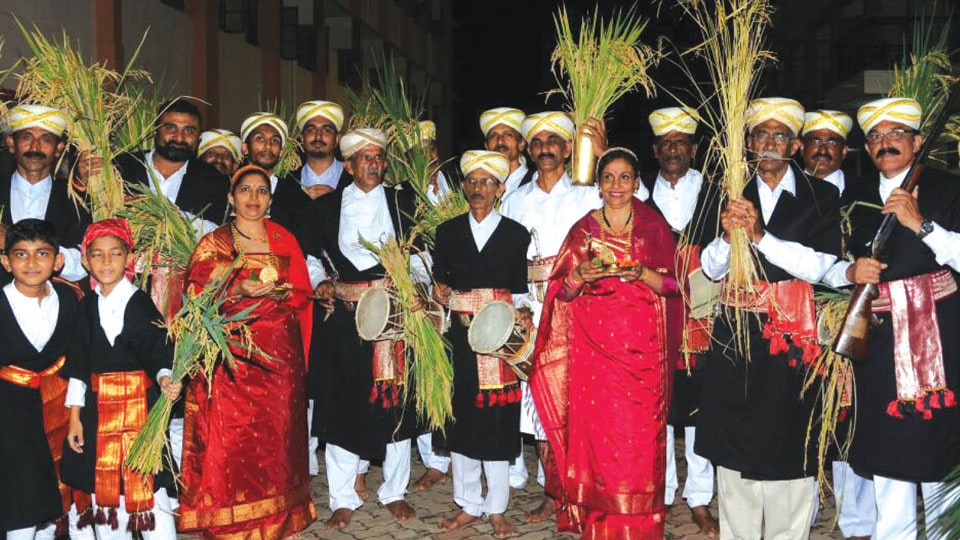 Here’s an image of the puttari celebration.

Kodavas in Army and Sport

The Kodavas being a warrior clan also known as the Kshatriyas are known for their bravery and valour. Kodagu has produced and continues to produce some of the greatest army professionals our country has ever seen.  Field Marshal K. M. Cariappa first Indian C-in-C, Indian High Commissioner to Australia and New Zealand was from Kodagu. Field Marshal is the highest rank in the Indian Army and India has had only 2 Field Marshals till date. Some other very prominent officials include General Thimayya, head of Indian Army, chairman of Korean Repatriation Committee, head of UN Peacekeeping force, C. B. Muthamma, first woman Indian Foreign Service officer and Squadron Leader A B Devaiah, the only Air Force officer to be awarded the Maha Vir Chakra posthumously. The Kodavas still continue serving in the Indian Army, Navy and Airforce. The current bodyguard of the President of India, (PBG) the senior most regiment of the Indian army is Colonel Dhiraj Chengappa and Rear Admiral of the Indian Navy is Iychettira B. Uthaiah. Kodagu is the only place in India with three Lieutenant Generals currently serving in the Army.

Kodagu has produced some of the greatest sportspersons that the Country has seen. Hockey is very popular amongst the Kodavas and has been a regular feeder to the National team. MP Ganesh, MM Somayya, Ab Subbaiah, BK Subramani, Arjun Halappaa, Lehn Aiyappa, VR Raghunath, SV Sunil are some of the famous hockey players from the district. The Family hockey tournament organised every year has seen an average of more than 250 teams participating every year. The district has also produced greats in other fields as well. Ashiwni Nachappa, MR Poovamma & Reeth Abraham (Athletics), Rohan Bopanna (Tennis), Jyotsna Chinnappa (Squash), Robin Uthappa (Cricket), Ashwini Ponnappa (Badminton) are some of the noteworthy names.

As hockey has always been a closely associated sport for the Kodavas, every year there is a Family Cup Tournament that is organised in Coorg. Each family forms a team of 11 members and participate in this tournament. The tournament is hosted by a different family each year and has seen over 250 teams participating. Currently holding an official mention in The Limca Book of Records, the tournament has also been referred to the Guinness book of records for the being the largest field hockey tournament in the World.

Adding to the culture and heritage of Coorg is the lovely weather and coffee plantations. The endless greenery and extremely warm-hearted people that extend their hospitality towards people vacationing in Coorg. If you’re visiting Coorg, you must experience the hospitality of the Kodavas. 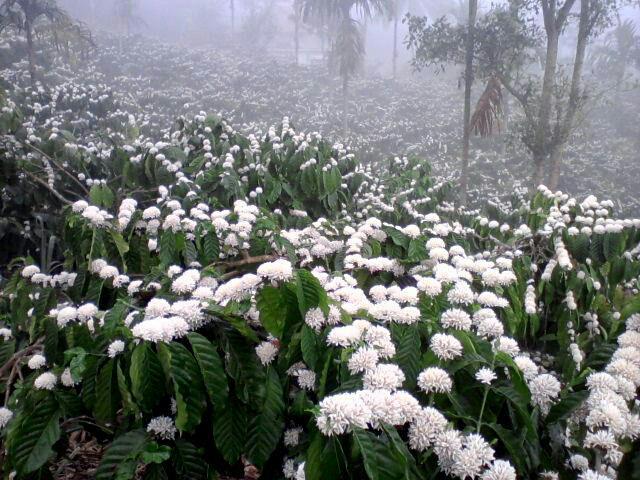 While you’re in Coorg some of the places you can visit are,

The birth place of river Kaveri. Thalakaveri being situated 4186 ft above sea level, is the highest point in Kodagu. 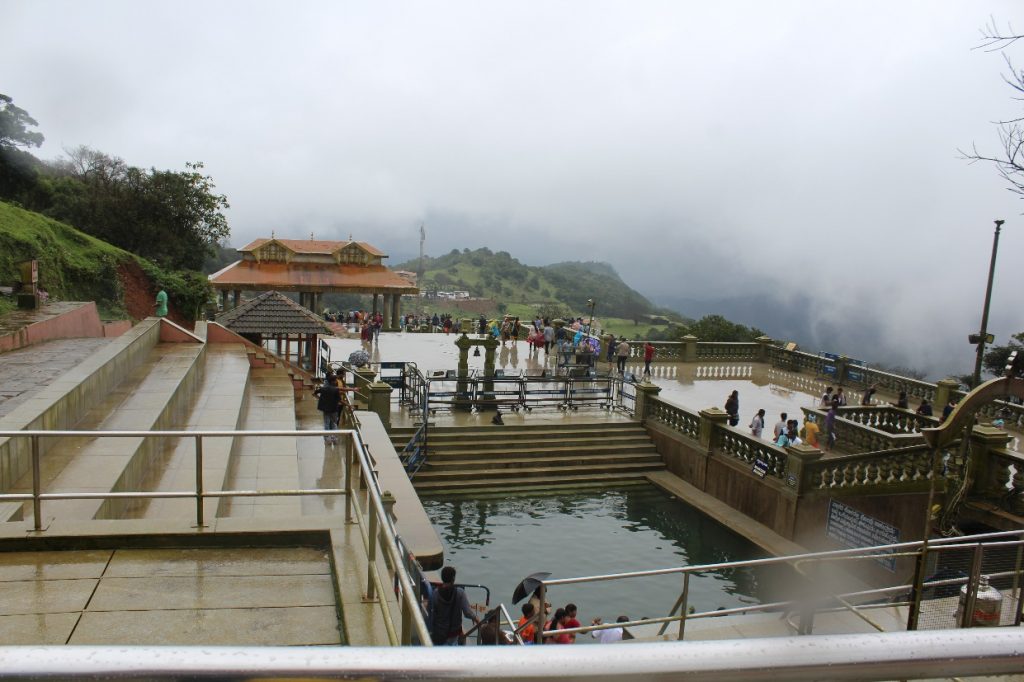 Nestled within the lush greenery of Coorg is the spectacular Abbey Falls, with water cascading down from a height of 70 feet. The rugged terrain of the boulders of the waterfall is juxtaposed well by the neighbouring coffee and spice plantations, bringing new life to the aura of this mystical waterfall. 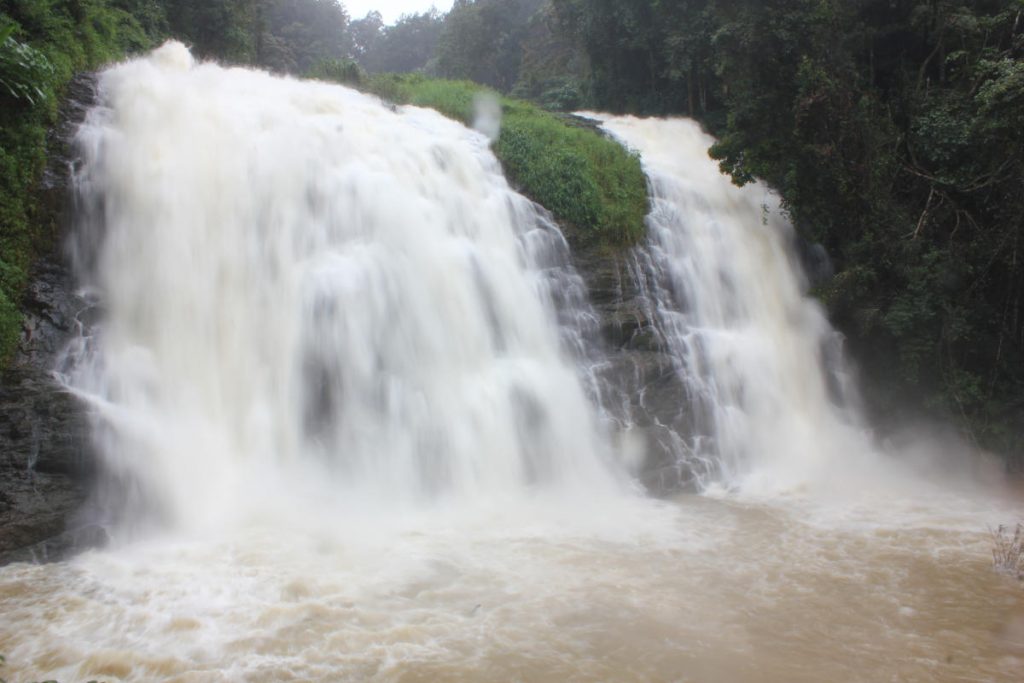 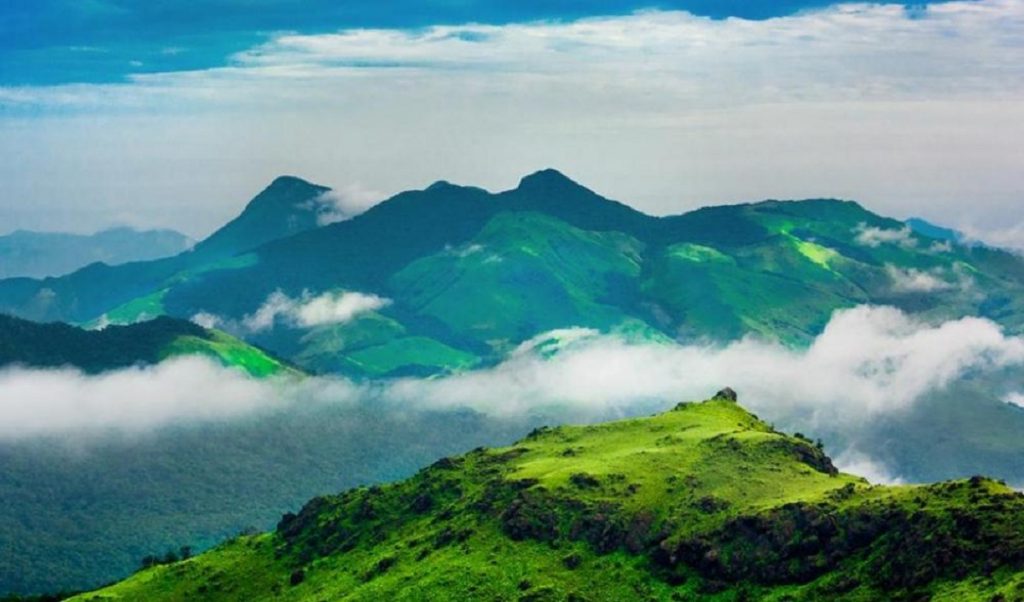 For all you trek lovers out there, Tadiandamol is the highest mountain in Coorg and the third highest peak in Karnataka with an elevation of 1748m. The climb to the top and back can be completed as a day hike.

Bramhagiri range also has trekking spots or hills that can be explored.  The tip of these hills are not only scenic but also comprises of a wildlife sanctuary if you are looking at spotting some rare species of mammals, reptiles and birds. 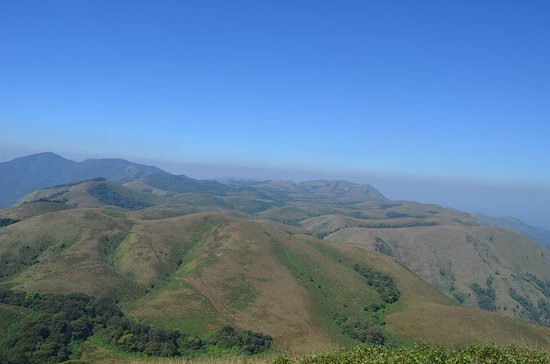 IF you are a trekking enthusiast, Coorg is the place for you. Some of the other prominent hills in Coorg include Kotebetta, Kopatty, Pushpagiri, Nishani motte, Mandalpatti to name a few. 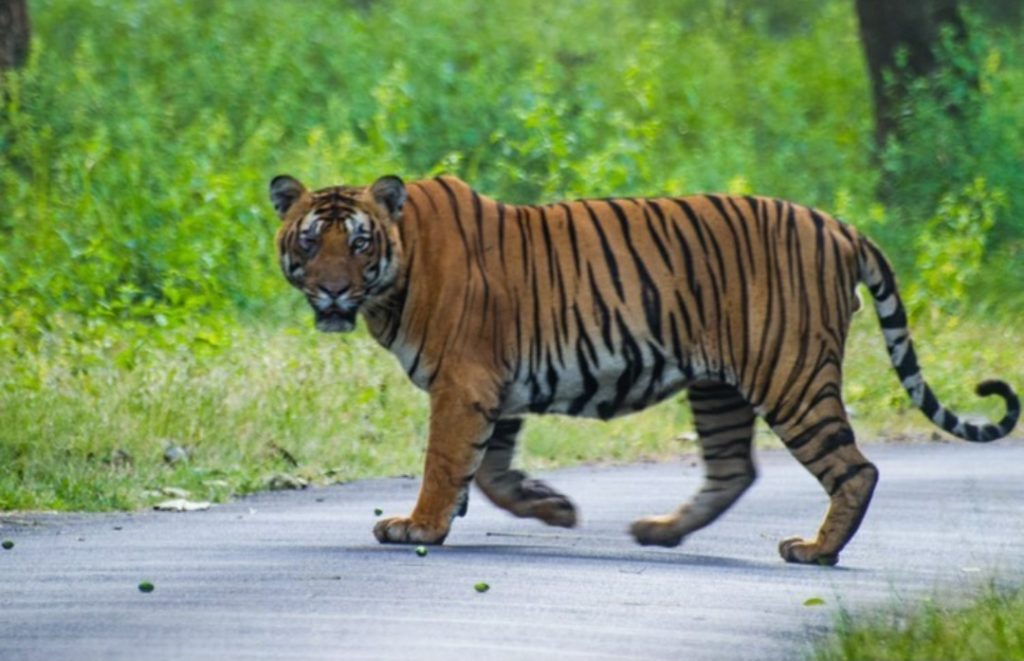 Nagarahole is one of India’s premier Tiger Reserves. Apart from Tigers, you can also spot a variety of species such as Elephants, Jackals, Panthers, Gaurs, Sambars, Spotted Deers, Mongoose, Civet cats, Hyenas, Sloth Bears and over 250 species of birds here. The park is bounded by Kabini River on the north while Bandipur National park forms its southern boundaries.

Once a training site for elephants of the famous Dasara procession in Mysore, the Dubare Elephant camp offers a unique adventure to visitors by allowing them the experience of living in coexistence with the trained elephants on-site. 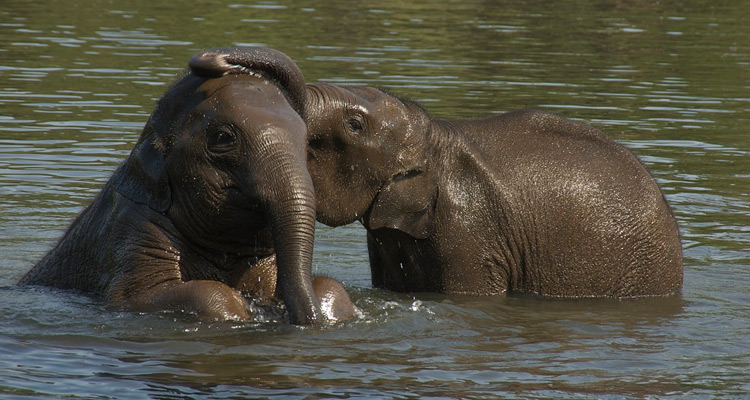 Just as the name suggests, this was the King’s seat that was built to overlook the valleys. The Kings that rules Coorg used to visit this place for relaxation and to sit and watch the sun set. It is now converted into a beautiful garden with an array of flowers. Once a year, there is a display of flowers (Flower show) that can be witnessed here. 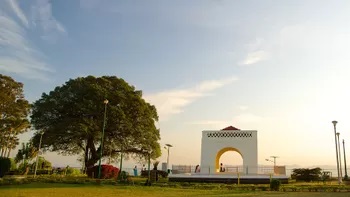 Coorg is also home to the famous Namdroling monastery. It is situated just 6 Kms from the town of Kushalnagar. It belongs to the Sangha community. The temple is termed “golden” because of the golden work done on every painting. It is a typical Tibetan monastery. The monastery is presided over by an 18m-high gold-plated Buddha. The paintings inside the temple describe the gods, demons, culture and also some of the phases of Buddha’s life. 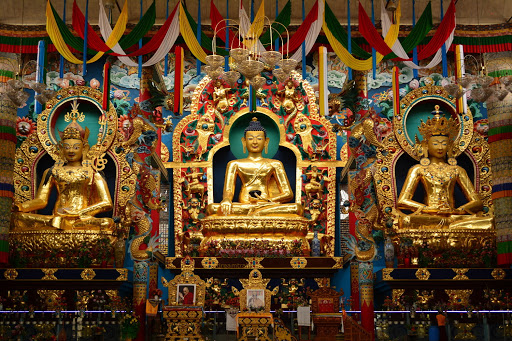 There’s so much this small piece of land in the midst of Karnataka has to offer. The people of Coorg have witnessed a lot of hardships in the recent past. This eco sensitive belt recently witnessed extreme soil erosion due to the cutting down of 55,000 trees to build a powerline and another 80,000 trees are being cut for a railway line. The Cauvery river which is one of the main sources of water for Karnataka hit a record drop and as a result led to a lot of riots between Karnataka and Tamilnadu. The past 3 years have seen heavy rainfall and severe floods with a lot of agricultural land being completely destroyed and extreme landslides, leading to a lot of natives loosing almost all that they owned including their houses. What dint come as a surprise at such a crucial time was how each person stood up for their fellow native, opened up their hearts and homes and showed their true Kodava spirit!

From an extremely proud descendant of this land- Pragathi Thimmaiya

All pictures are taken from Internet. Please notify us if any copyright is violated. We will remove the image.

Pragathi Thimmaiya is currently the Product Manager of Virtual Relo, which is Ikan’s online self-relocation portal. She holds a bachelor’s degree in commerce from St. Aloysius College in Mangalore and a post-graduate degree in Marketing and Advertising from Bharatiya Vidya Bhavan in Bangalore.