Gwalior – A city with celebrated history and culture 17 Feb Gwalior – A city with celebrated history and culture

Posted at 04:29h in Culture, India, Relocate to India by Vinod Sharma 0 Comments

A visit to your hometown not only gives you a deserving break, but it also makes you realise that you need to bring your fast-paced life to a halt. You experience the best digital detox.

After almost two decades in Feb 2020, I have got an opportunity to re-visit Gwalior – my birth place, my hometown where I spent most of my initial childhood years and have very fond and priceless memories. Primarily, the reason for this visit to attend one of my extended family member’s wedding. But realizing such opportunities are very rare, had extended my vacation for few additional days to explore the city again with my family and re-live the sweet childhood memories – especially the summer school holidays wherein our grandparents & extended family members used to took us around the city. 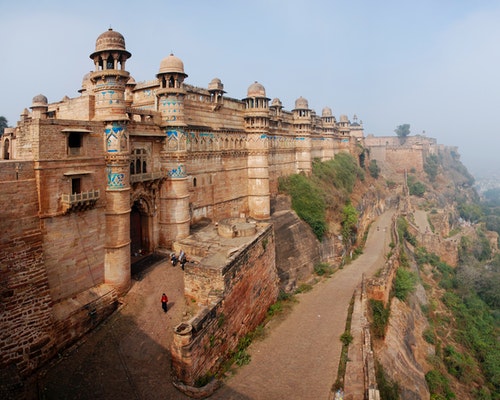 Gwalior is one of the culturally rich, historical cities of India, located in the state of Madhya Pradesh (also fondly known as “Heart of India”). It is located 343 kilometres (213 mi) from Delhi, 120 kilometres (75 mi) from Agra and 414 kilometres (257 mi) from Bhopal the state capital . Gwalior, primarily known for its medieval hilltop fort which is famously described as ‘the pearl amongst fortresses in India’. Surrounded by high walls, the imposing fort encloses a series of beautiful palaces and temples. A perfect place for history buffs. 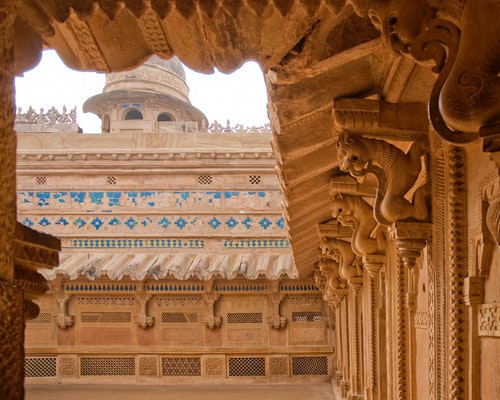 Historically, the city has been the cradle of a number of dynasties that ruled it over the years. Their influence is clearly seen in the many regal structures that dominate the cityscape. In a sense, Gwalior continues to retain a medieval majesty.The ancient name of Gwalior was Gopagiri or Gopadri all which mean “A Cowherd’s Hill”.

Gwalior is home to a rich cultural, spiritual, and musical heritage. The epic tales of illustrious battles, gutsy empires, divergent rulers, and legendary musicians intertwined in the fabric of the city unfurl, one at a time.

The city holds an unparalleled reputation in Indian cultural music, and has retained Indian traditions and the wealth of music intact over the years. The Gwalior Gharana is one of the oldest Khayal Gharanas and the one to which most classical Indian musicians can trace the origin of their style. Legendary musicians like Tansen and Baiju Bawara belonged to Gwalior. 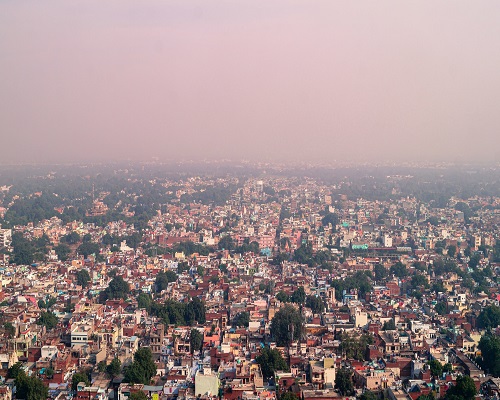 Major Dhyanchand, one of the greatest hockey players in history and also known as “wizard of hockey” had a brief connection with this city. In 1932, he had completed his graduation from the Victoria College in Gwalior.

What to do while in Gwalior

Here’s my take on what to do while in Gwalior, Madhya Pradesh. One of the must visit from my list is  the Gwalior Fort of the Tomara dynasty, having been improved by Raja Man Singh Tomar where a previous structure existed. The old town of Gwalior lies at the eastern base of the fortress. Lashkar, founded by Daulat Rao Scindia, formerly a separate town that originated as a military camp, lies to the south, and Morar, also a formerly separate town, lies to the east. Gwalior, Lashkar and Morar are part of the Gwalior Municipal Corporation. The Fort, popularly called “the Gibraltar of India”, overlooks the city.

Close to the heart of the city is Jai Vilas Palace of the Scindia dynasty, patterned on the palace of Versailles. It combines Tuscan, Italian and Corinthian styles of architecture – one of the carpets in this palace took nearly 12 years to weave.

One of the most prominent museums in the entire state of Madhya Pradesh is the Scindia Museum. The museum is dedicated to Jivaji Rao Scindia and occupies the space of about 35 rooms of the Jai Vilas Palace. Established in the year 1964, the Scindia Museum is famous for its collection of manuscripts, sculptures, coins, paintings, weapons, etc.

Then comes the Gopachal Parvat which  is situated on the mountainous terrain at the slopes of Gwalior Fort. Gopachal Parvat contains unique statues of Jain Tirthankaras. The idol of Parshvanath seated on a lotus (carved out of a single stone) is the largest in the world, towering at 14 metres (46 ft) in height and 9 metres (30 ft) in breadth. There is a series of 26 Jain statues in a single line. Built between 1398 and 1536 by Tomar kings, these Jain Tirthankar statues are one of a kind in architecture.

Teli Ka Mandir (Telangana Mandir) – A structure of about 100 feet, Teli Ka Mandir in Gwalior Fort distinguishes itself from the other compositions of its time because of its unique architecture. Though the roof of the temple holds a Dravidian style, the sculptures are typically North Indian. 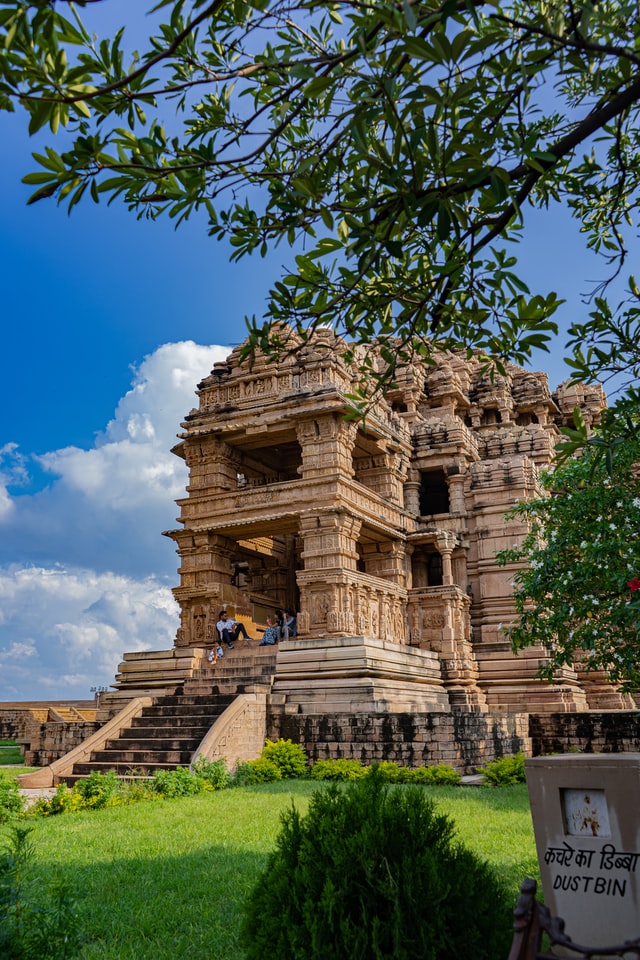 Koteshwar Temple is a 700 year old temple of Lord Shiva whose shivling was on Gwalior Fort, but when the Mughals conquered it they ordered the shivling thrown out. When the troops did that, the shivling was automatically established in a field below the fort without any harm. Muslim Gazi told the emperor not to harm the shivling. In the late 18th century Scindias built a temple for that shivling, now known as Koteshwar Mahadev.

Sun Temple is Located in  Morar Cantonment, the Sun Temple “Vivsvaan mandir” is dedicated to the sun god – Surya. Designed as a facsimile of the Sun temple of Konark in Odisha, the temple was sponsored and built in the 1980s by the Birla family.

One must plan a visit Gwalior in the month of December where one event you must attend is the famous music festival which is celebrated every year, The Tansen Sangeet Samaroh on the Tansen Tomb in Gwalior. Tansen Samaroh is a platform where artists from all over India gather and participate to deliver vocal and instrumental performances and offer their tribute to Tansen.

Gwalior’s bazaars are utterly noisy, but great places to shop for unique traditional handicrafts and handlooms. Gwalior exports Chanderi and Maheshwari silk fabric to all across the world. Patankar Bazaar, Sarafa Bazaar, Maharaj Bada, and Topi Bazaar are the best markets for shopping in Gwalior.

Mrignayanee emporium, a state government-run emporium at Sarafa Bazaar is a reliable shop as the price and purity of the product is guaranteed.

Gwalior was found to have the second-highest level of air pollution according to a WHO study in 2016. The same year, Gwalior Smart City Proposal was formalized by Govt. of India with a special focus to address its three most important concerns – urban mobility, waste management and economic development while maintaining the cultural and historical tourism tag for the city.

The best seasons or months to visit Gwalior are February, March, October, November, and December as the weather proves to be the most suitable around these times.

Summary – Gwalior is a must travel destination for all those travellers who are interested in history and period architecture.

Vinod had worked in the Hospitality and Global Mobility sectors for more than 20 years. He has been a part of the Indian Immigration industry since 2005. Vinod, heads the immigration practice of IKAN Relocation Services (one of the oldest in the business in India) and has been managing this role for more than 10 years. Therefore, he possesses in-depth and very wide knowledge and hands on experience of immigration rules, procedures and practices for the India market as well as specialization in managing the immigration matters for other countries