A to Z about Thiruvananthapuram 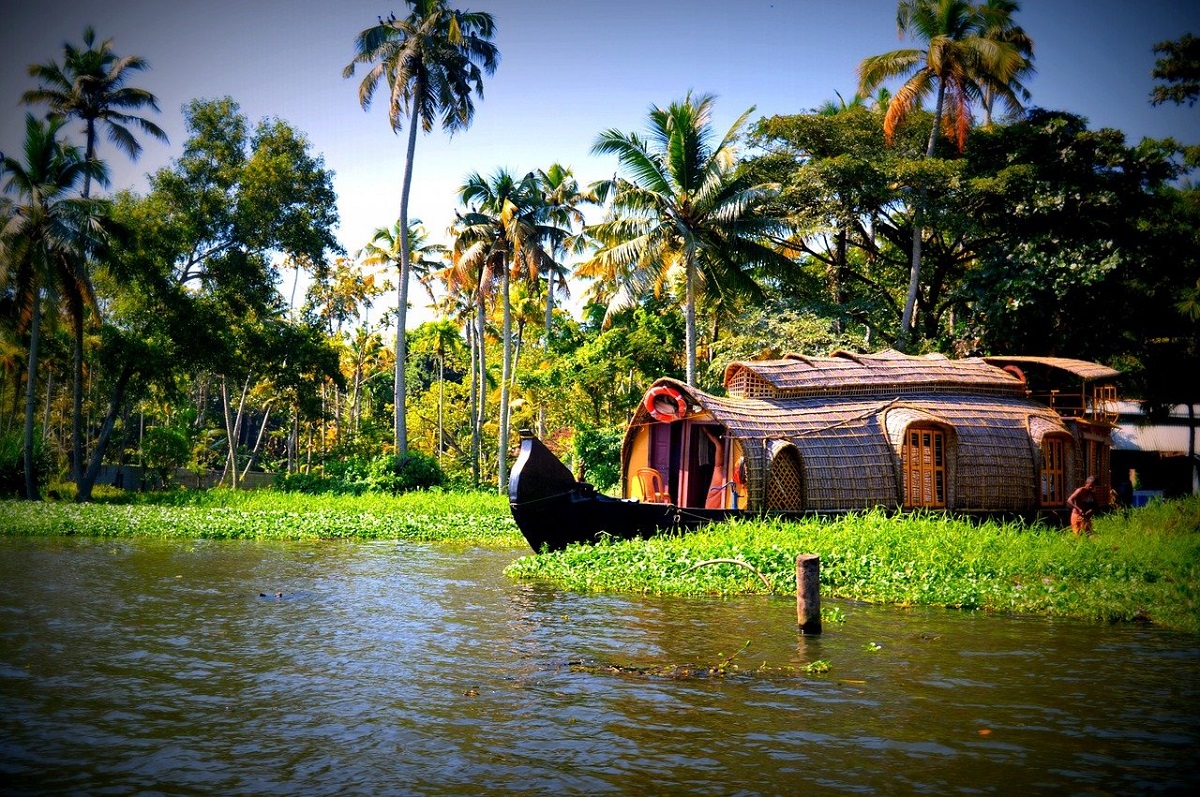 23 Oct A to Z about Thiruvananthapuram

Kerala is known as God’s Own Country due to the serene beaches, landscapes, food and rich culture the backwaters make this place where gods too must love to reside in this beautiful state that has the lowest population growth in India.

Thiruvananthapuram or Trivandrum is the capital city of Kerala. The name literally splits into “Tiru”,”Anantha””puram” meaning “the town of Lord ANANTHA”. The name derives from the god of the Hindu temple at the centre of the city. The Padmanabhaswamy Temple situated in Trivandrum is one of the richest temples in the country and many devotees visit in large numbers to this shrine. Thiruvananthapuram is known as the “Green City of India” because of its green landscapes and the presence of many parks

Many expats and tourists visit Kerala- Trivandrum at least once in their lifetime due to the rich natural diversity, food and beautiful backwaters

Festivals and Culture of the people

Onam in Trivandrum is the biggest and most important festival of the year. It’s a harvest festival that also marks the start of the new year on the Malayalam calendar. A huge range of activities take place across the state for over two weeks. A typical Onam Sadhya a vegetarian meal served on raw a banana leaf can have about 24–28 dishes served as a single course. Snake Boat Race are held during Onam festival. The Aranmula Boat Race is not only the most famous one, but it’s also among the oldest snake boat races in Kerala. Almost 50 boats take part in the race, which starts in the afternoon after religious rituals are completed.

Vishu is the New Year of Malayalee’s – It is the astronomical or zodiac New Year in Kerala and is observed on the first day of the Malayalam month of ‘medam. ‘ and mostly Vishu is celebrated on April 15.
Importance of Vishu festival is to have the right start. The mythology significance is that Lord Shri Krishna killed the demon Narakasura on this day and hence the Vishu festival reason is the celebration of this victory. A good harvest brings in joy to the common people and it means that their barns will be full. The Konna ( yellow flowers ) symbolises prosperity and is brought in the house every year during this time

Beemapally ‘Uroos’ one of the important events in the capital city’s religious calendar, is held annually to commemorate Syedunnisa Beema Beevi, a saintly lady, whose tomb is in Beemapally Dargah Sharif. The Dargah Shareef is dedicated to Beevi who had been believed to possess extraordinary powers. Bee Umma, as she was known to believers, belonged to the family of Prophet Mohammed and reached Trivandrum from Mecca centuries ago, to preach Islam.

Attending fairs and festivals in Trivandrum are the most interesting thing. The famous festival of Kerala is the Onam. Onam is celebrated in a grand way with floral decorations, classical and folk touch, water carnivals etc. The major attraction of Onam is the boat races. Onam festival will be taken place every year in the months of August and September.
Another famous festival in Trivandrum is the Classical Music Festival which takes place every year from January 27 to February 3. At this event, many participants will be welcomed from all sides of the country. All the participants will show their talents in Carnatic and Hindustani music. These are the famous fairs and festivals celebrated in Trivandrum.

Aranmula Boat Race is a two day, predominantly religious occasion of Lord Krishna in Aranmula Parthasarthy Temple. It is 116 km away from Trivandrum. This race is held on Pampa River on 28 days after Onam. The boat race is conducted along the straight portion (nettayam) of Kallada River. Famous achievers in various fields are honoured during the event.

The boat race can be conveniently viewed from Munroe Island this Island holds an important place in the tourist map of Kerala. The country boat sightseeing across Munroe Island conducted by the Kollam district tourist promotion council is the best of its kind in the country.

Kerala cuisine offers a multitude of both vegetarian and non-vegetarian dishes prepared using fish, poultry and red meat with rice a typical accompaniment. Chillies, curry leaves, coconut, mustard seeds, turmeric, tamarind, and asafoetida are all frequently used. Most of the people cook in earthen pots made of clay. 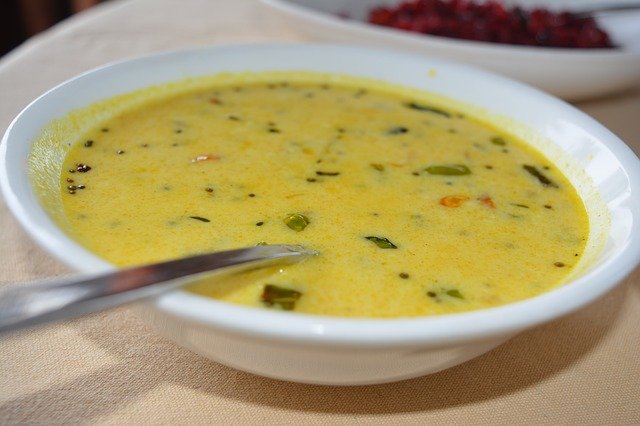 The local toddy made from palm ‘toddy’ (a mildly alcoholic beverage made from the sap of palm tree flower stems is often served with very spicy fish curry and tapioca. Puttu is on of the most famous dishes of Kerala. The Kerala meen curry (fish curry) or authentic dals/sambar infuse the goodness of earth in your food and slow cook your way to health with this unique earthenware. This brings back an era of traditional cooking and wellness every time you cook

Kerala is the paradise of Ayurveda and is predominantly practised in Trivandrum and all other parts in its traditional and authentic form has been a major attraction for tourists. Ayurveda has been over a thousand years and the world is slowly awakening to the practical applications of this ancient form of medicine. Kerala has it since the time of immemorial, been the perfect host to practice the same and boasts of a wide range of Treatment and Research Centres. Ayurveda focuses on the overall growth and well-being of the individual and these visuals shall help you understand the great range and scope of its medicines.

The ideal climate, blessed landscape with forests and mountains ideal to grow herbs and medicinal plants on their own, adequate infrastructure facilities with enough highly qualified and experienced Ayurveda Physicians and Technicians,

Thiruvananthapuram, has some amazing beautiful palaces that makes Thiruvananthapuram even more attractive. A few of these palaces are turned into museums by the government so that the visitors can have a look at the household equipment and other accessories used by the royal family during that time. The Kowdiar Palace is the residence of the Travancore royal family. The palace is known for its marvellous architectural work.

The Koyikkal Palace comprises of two museums that are often frequented by tourists. The Folklore Museum of Koyikkal Palace is the first of its kind in Kerala. It has specimens of traditional musical instruments, utensils used in ancient times and other household and communication instruments used in those times.

Kilimanoor Palace is the birthplace of the artist and painter Raja Ravi Varma. The palace structure is built in six hectares of land and many of the buildings in it are said to have built by Raja Ravi Varma himself.
The city is also known for its unique style of architecture involving Kerala Architecture with British and Dravidian influences. Napier museum, Zoo, Padmanabhaswamy Swamy temple, Kuthira Malika palace, Kilimanoor palace and The Trivandrum Golf Club heritage building are examples for this.

Thiruvananthapuram has historically been a cultural hub in South India due to the development of arts, architecture and liberal customs by the rulers of Trivandrum. Many renowned artists like Maharaja Swathi Thirunal and Raja Ravi Varma hail from the city.

The state’s tourism agenda promotes ecologically sustained tourism, which focuses on the local culture, wilderness adventures, volunteering and personal growth of the local population. Efforts are taken to minimise the adverse effects of traditional tourism on the natural environment and enhance the cultural integrity of local people.
Kerala Tourism subsequently adopted the tagline God’s Own Country in its advertisement campaigns. The state was able to carve a niche for itself in the world tourism industry, thus becoming one of the places with the “highest brand recall” and later became the fastest-growing tourism destination in the world.

MG road is known as the heart of Trivandrum, for it has the best shopping complexes and centres. From shopping local Kerala things to local crafts to spices everything is available in the markets in Trivandrum. Some of the best things that you can get here are kathakali masks, coir products, brass, and wooden carvings, brass lamps and other such handicrafts. These handicraft products are not sold at a fixed price. Therefore, you can use your bargaining skills. Some of the name sof these shopping places are Chalai Bazaar, Connemara Market, Attukal Shopping complex and the Sarwaa etc.

I hope you liked reading about the capital of gods own country.