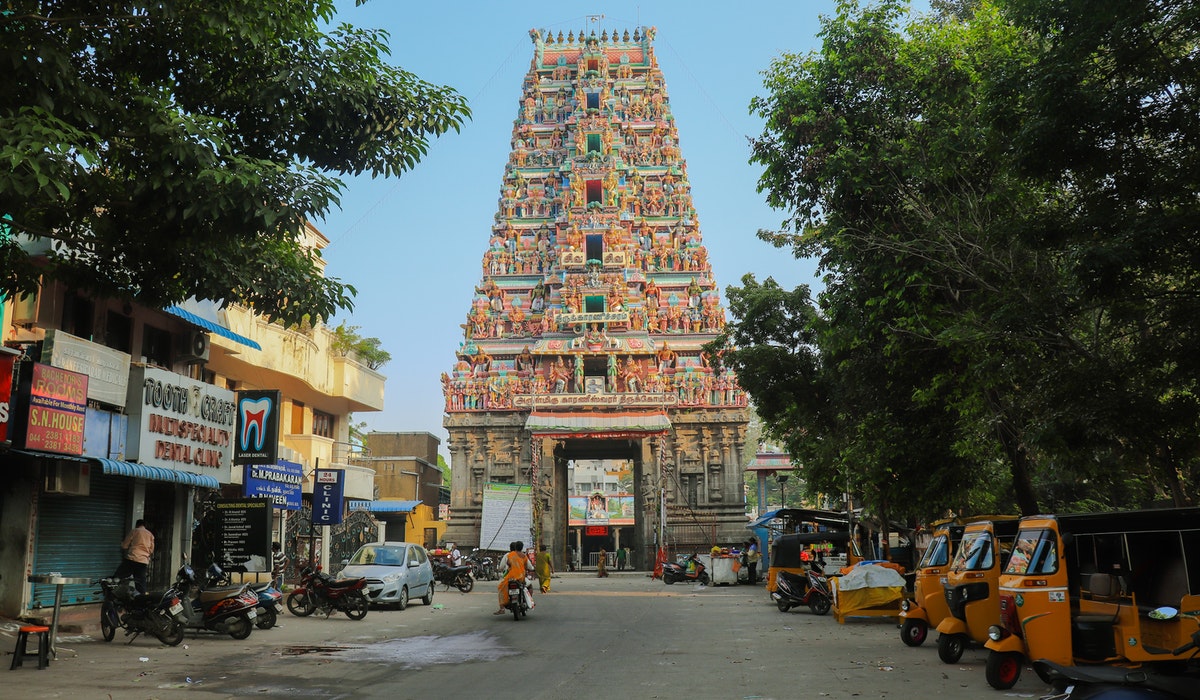 Posted at 17:34h in Relocate to India by Team Ikan 0 Comments

Chennai is the biggest industrial and commercial centre in Southern India as well as a major cultural, economic and educational centre. Chennai, sometimes referred to as the “Gateway to South India” is also Host to the Fourth-largest expatriate population in India after Delhi, Bangalore , Mumbai.. Chennai is one of the best place to live for expats as it is considered safest city with lowest crime among other cities in the country and culturally richest with few of the best educational institutes in India

Chennai being a cosmopolitan city, the culture of the city which is drawn since ages and distinct in nature reflecting its diverse population which has resulted in a unique concoction. Though a modern city, it continues to be traditional and conventional in many ways. One can find a unique blend of culture from traditional foods to fast foods, from ancient temple architecture to modern high-rises and from classical music and dance to the growing nightlife in the city. The month December(Marghazhi in Chennai) is dedicated to Music and Dance. Various venues are arranged for artists coming from across India to show case their performing arts.

Chennai is considered as hub for Medical tourism attracting 45 percent of health tourists from abroad arriving in the country and 30 to 40 percent of domestic health tourists. The city has been termed as Health Capital of India with Multi and Super Specialty hospitals which are scattered across the city.

Chennai is a Multi Industrial base with the major focus being as a shipping hub with Chennai port as a major  one and supplemented by Ennore Port & Kattupalli Port which supports the huge manufacturing base of companies in and around Chennai. The manufacturing sector esp Automotive, EPCs and precision engineering industries is complemented by India’s IT/ITeS companies along with FSI (banking, financial services and insurance) sectors contributing to its growth.

Several Multi-National Companies have invested towards their manufacturing plans in Chennai which mostly includes the automobile, computer, technology and hardware industries. Chennai is known as the Detroit of Asia as it accounts for over 60 per cent of the country’s automobile exports. In addition to this Chennai’s economic development has been closely tied to its ports and transport infrastructure. These industries have demonstrated their faith in India’s economic growth.

Companies especially in the sectors of e-commerce, telecom and healthcare have expanded strongly.  Lately there is a shift in the global and Indian economy towards technology-driven enterprises. There are several cities, including Chennai which are a hot bed to such activities.

Defence Expo 2018, with its theme as “India: The Emerging Defence Hub”, was held in Chennai during the month of April 2018 and was attended by 670 companies, including 154 international firms. Top global defence companies were present in strength. Lockheed Martin, Boeing, Saab (Sweden), Thales, Airbus, Rostec State Corporation (Russia), BAE Systems, MBDA, MoD Slovak Republic, Naval Group, and even a few South Korean, German, and Finnish companies put up their stalls, among others. Defence Expo 2018 also witnessed the signing of a large number of Memorandums of Understanding and partnerships. A few important ones include an agreement between Boeing, HAL and Mahindras to produce F/A 18 Super Hornet jets in India. With India set to buy 110 fighter aircraft, the partnership provides Boeing with a bit more muscle.

The housing market in Chennai is complex and usually managed through Professionals / agents. One may need a helping hand of support through the process of identifying suitable housing and going through the process of negotiations, Legalization of the contract/ agreement in the Government offices/ courts, to get the property into a livable condition and property moving in process. Although there are sufficient options in the market; finding the right one matching the standards is usually a challenging exercise.

Expats prefer to live in south Chennai in areas along the stretch of East coast road and adjoining areas like Alwarpet, Raja Annamalai Puram, Besant Nagar, Adyar and OMR to name a few which caters for the expats having work locations in OMR and industrial belts and Anna Nagar, Nungambakkam areas cater for expats working in Northern Part of Chennai and Sricity. Expat housing is available as Apartments & Villas in gated communities and Serviced Apartments

Chennai provides a number of support groups/Expat clubs to join, giving a platform for EXPATS to relate to others who have moved into the city and are willing to share their experiences and advice on living in Chennai.

Chennai in the recent times has seen an increased focus on improving its transportation and one good example of this is the commissioning of Chennai Metro Rail Limited (CMRL). The Phase 1 and 2 connecting the Airport and the Chennai Central Railway Station is already operational and running, the new lines connecting the North and south end of the City is progressing. The construction of the Outer Ring Road is boon for surface transport as it reduces the time of transporting from the port to the respective destinations without entering the city routes.