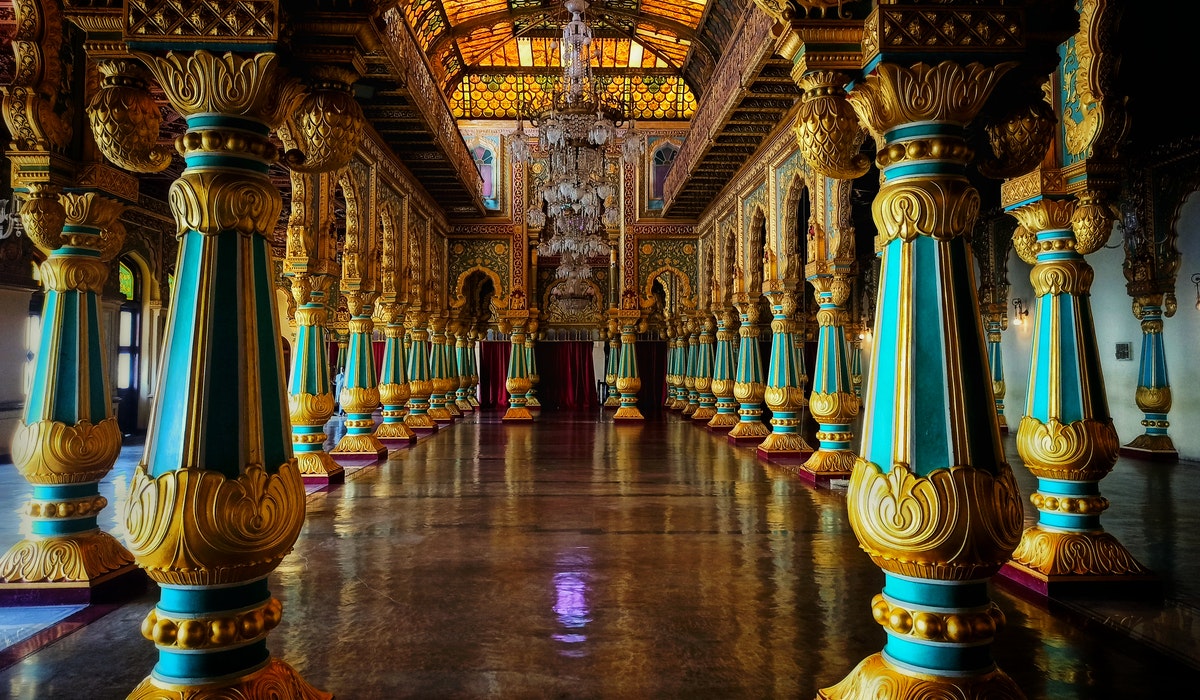 If you are an Expat staying in Bangalore and looking for a weekend get-away which does not involve too much travel and cost Mysore or Mysuru is just the place. About 144 kms from Bangalore a short distance- this the perfect vacation spot and can be travelled to by either road or train.

Mysore is known as the city of palaces and was the main city of Karnataka before Bangalore was discovered.  It is also described as the cultural capital of Karnataka and has much to offer with its vast historical sites, museums, temples and Palaces. It was home to Hyder Ali and Tipu Sultan in the late 18th Century, the kingdom was ruled by the Wadiyar dynasty. The Mysore Palace is a famous tourist spot after the Taj Mahal in Agra.

The Mysore Palace was built in the 14th century by Yaduraya Wodeyar also known as the Amba Vilas Palace. Entering the Palace you will find the two Durbar halls which are the highlight of the palace and the architecture is based on the Indo-Saracenic style.

There are a large number of paintings displayed which speak volumes of the life during the 19th century. The Mysore Palace all lit up

There is a temple at the top of the Chamundi hills named after the goddess Chamundeshwari another form of Durga.These hills are at 1000 meters above sea level is visible anywhere from the city center of Mysore.

On the way to the hill you will find the Nandi Bull which is carved out of a single black granite rock and it measures about 7.6 m wide and 4.9 m tall.

Another attraction in Mysore is Sri Chamarajendra Zoological Gardens also famously known as the ‘Mysore Zoo’ is very popular for kids and families. The zoo was opened in 1892. The zoo covers about 157 acres of land and is one of the oldest zoo’s in the country. The zoo houses more than 170 species which includes elephants, jungle cats, bears, giraffes..etc.

Plan to spend the day at the Mysore zoo which offers a safari which also cover the flora and fauna of the Zoo.

On route to Mysore we come across the Ranganathittu Bird Santuary about 130 kms from Bangalore and close to Sriranganapatna. This is a paradise for bird lovers and bird watchers the area covers over 40 acres with the river Kaveri flowing through the sanctuary. You will find a variety of species of birds migrate to the bird sanctuary and other species of birds ranging from Pelicans to the kingfisher and the storks to the herons. Boating is another attraction to see the birds and crocodiles basking  on the shores of the river. The best time to visit the sanctuary is from December to February when you can see the birds in their full glory.

Adjacent to each other another place to visit while in Mysore is the Brindavan gardens and the KRS (Krishnarajasagar) dam. The dam was built across the Kaveri river in the year 1924 and is one of the main sources of drinking water for Bangalore, Mysore and Mandya. This is a popular picnic spot for many tourists.

The Brindavan gardens is very famous for the musical fountains which happens during the night when it’s all lit up with laser lights and dancing fountains.

This town is surrounded by the river kaveri and has a vast number of temples built in the Hoysala and Vijayanagar architecture style.

Other places to visit in and around Mysore:

Go for a tour of the Folklore Museum which consists of folklore items that are unique and covers elements from music, dance, art and drama. The gallery has different wings which display objects from different walks of life like props, puppets, figurines of kings and queens etc..

Government Silk Weaving Factory for Silk Saris, explore the railway museum, indulge some fun at the GRS fantasy park and enjoy the cuisines that Mysore has to offer by dining out in this wonderful and clean city in the state of Karnataka.

Soni began her career with Standard Chartered Bank and then joined the Relocation Industry in 2005. She worked with IKAN Relocations in its earlier avatar for 8 years before moving to a large MNC in 2013 where she worked as a part of the People Mobility team. Her role allowed her to support the employees with end to end services which included immigration, taxation, relocation, and shipment.